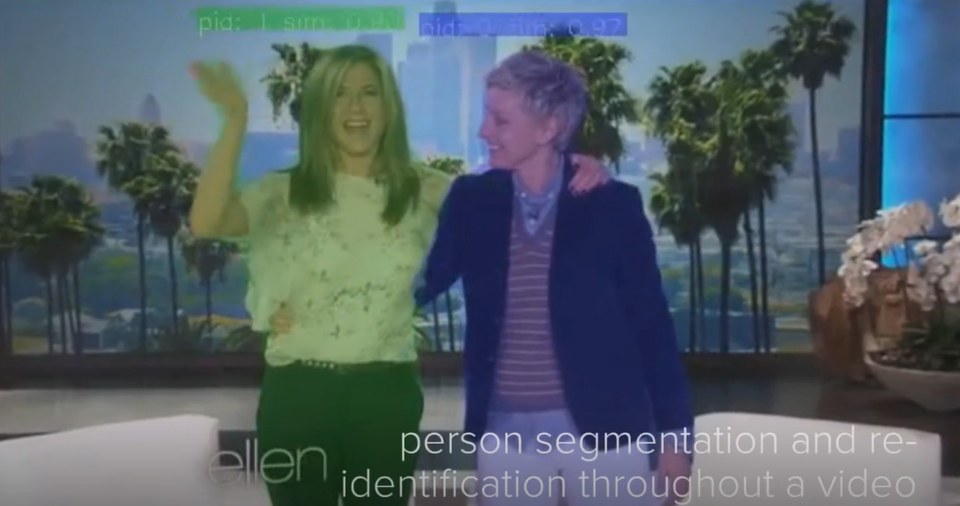 The Gesellschaft für Informatik (GI) Women and Computer Science Section regularly awards outstanding theses. One of this year's four finalists is Claire Walzer, who is currently completing her master's degree in computer science at the Department of Mathematics and Computer Science.

At today's annual meeting of the GI Section Women and Computer Science, which took place under the motto «AI - trustworthy, explainable, fair?», the finalists and award winners were officially announced. Among them is Claire Walzer with her bachelor thesis «Multi-angle, Multi-person Gesture Recognition». As part of her bachelor's project, which she continued in her bachelor's thesis, Claire succeeded in computer-based identification, recognition, and differentiation of various people in videos. Not only could people be successfully differentiated from objects but people who made an appearance throughout the video and where new to the scene were successfully added to the query collection - even if many different camera angles were used and the people performed atypical movements. As part of her bachelor thesis, Claire succeeded in developing a gesture retrieval system using deep learning methods. This system is especially suitable for scenes with various people and changing camera settings.

In addition to studying for her master's degree, Claire is involved in the We Are Computer Science Association at the Department of Mathematics and Computer Science, which is committed to promoting diversity and inclusion in computer science.