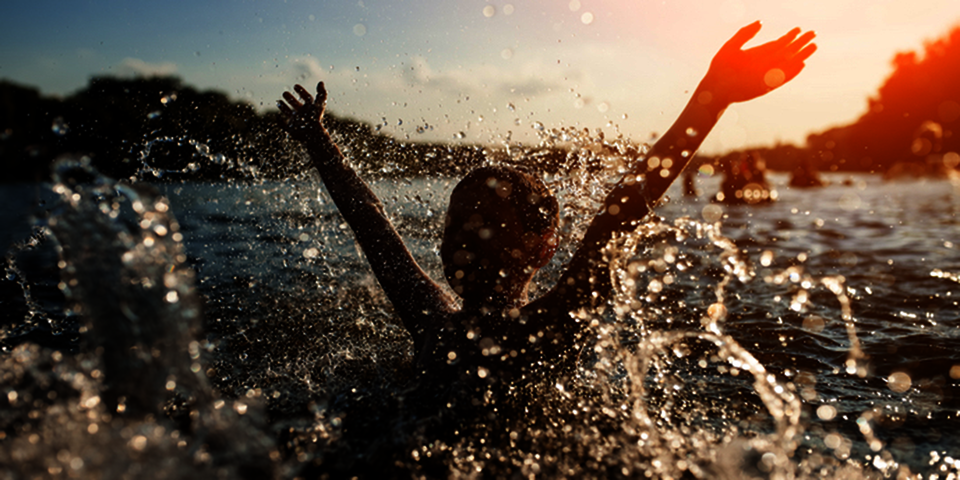 Finding mathematical patterns can help us to better understand the world around us. Pioneering work in fluid dynamics has helped to explain complex phenomena, such as turbulence in a fast-flowing river.

The dynamics of the motion of fluids, such as a river flowing over rocks or the mixing of two substances together, can be tricky to fully understand. Physical experiments can give us valuable insights, but often cannot fully describe exactly what is going on.

This is where mathematics comes in, and in particular, partial differential equations (PDEs). “A PDE is a mathematical equation that you get when you take some physical quantity – such as the temperature of water or the density of a pollutant – and link together its variations in space and in time,” explains FLIRT project coordinator Gianluca Crippa from the University of Basel in Switzerland. “The main challenge is that interactions are happening at very different scales. Pollution introduced to a lake for example will affect different parts of the lake differently, at different times.” Mathematics therefore enables us to understand these things analytically, even if we cannot fully observe them or simulate them with a computer. The FLIRT project, supported by the European Research Council, enabled Crippa to delve deeper into this world. “Mathematics is of course a theoretical science in its own right, but I also think it’s cool when we can help to answer questions in the real world,” he adds.

Through the FLIRT project, Crippa sought to develop mathematical models and techniques that can more accurately capture certain behaviours in fluid flows. “This might include adding and stirring milk into your coffee, or adding a pollutant into a lake,” he says. “Mathematical models can help to quantify how these substances will mix and homogenise, and how fast this happens.” Crippa was also interested in mathematically describing turbulence, the motion of fluid characterised by chaotic changes. “This is a fascinating process that is not quite understood mathematically,” he remarks. “Nonetheless, we can find universal behaviours. The exact shape of the water flow after a rock in a river is difficult to predict in detail, but in nature we always observe very similar patterns.”

The FLIRT project has addressed a number of questions, and also provided the first mathematical approach to some physical theories that have lacked a theoretical justification for over half a century. Around 1950, the physicists Obukhov and Corrsin made some predictions about how temperature should behave in fluid turbulence. Together with some collaborators, Crippa was able to show the accuracy of their predictions, using mathematical models. “This fits into the project’s general focus of developing structures and strategies to solve problems in fluid dynamics,” he notes. “We want to find patterns for irregular phenomena, and make sense of them. With mathematics, we can ‘see’ more than what we can observe experimentally.” Crippa also found mathematically universal bounds that govern the mixing of fluids. If you were to add dye to water, the mixing process will be governed by certain parameters such as speed and energy. Crippa was able to place limitations on how quickly the mixing of the dye into water can occur. “I’m really happy that the mathematical work we’ve done here will be of interest to colleagues from theoretical and experimental physics,” says Crippa. “I’m still very much a mathematician – I don’t have a lab and often just work with chalk and a blackboard – but I’m excited to be working at the interface with other fields. Such dialogue is very important.”

This article is a publication of the Community Research and Development Information Service (CORDIS).